Congrats! Your friend gifted you 500 tasks/month. Signup now to grab it.
FREE6000Tasks
Get 6000 tasks / month (free for lifetime) by referring 12 friends to Integrately.
Signup Now
Exclusive LTDF Deal. Join discussion on group.
This LTD is over. You can still get Integrately at an attractive price.

Get The World's Easiest Integration Platform

Introductory offer. Only for limited time. Get 4x-7x tasks for lifetime.

Every time Integromat "checks" for changes, it is counted as a task.😲

So if an Automation checks for changes every few minutes (5 min 🕒. sync will consume 12 tasks/hr) and transfers 200 records from 1 app to another in a month, task consumption will be as follows:

So in this example, Integromat would consume 44x - 100x more tasks than Integrately!
Get Started For FREE
14 Day FREE Trial

What's counted as a Task?

Triggers are free. Failed actions are also NOT counted.

Let’s take an example: You get a lead from facebook. You check if it has email. If yes, you add it to Mailchimp. But in Add contact action, you extract & assign first name, last name from full name. For this, you use Modify Data in 2 fields - first name & last name.

So successful execution of this will consume 4 tasks :

Why are Modify Data(s) and Search(es) within an action counted as separate Tasks?

Inline Modify Data & inline search are actually separate steps internally. Only for your convenience, we show them within the action. Hence they are counted as separate tasks.

In Zapier, if you want to modify / format 2 fields before passing to action, you will have to add 2 formatter steps before the action. They are still counted in tasks. But it is very inconvenient.

We made it easier for you by letting you modify the value when mapping the field. But internally it’s still a separate step. Hence each usage of Modify Data / Search is counted as a Task.

What’s the difference between Tasks and Automations?

Automations are the complete flows that are setup in Integrately. An Automation can be a one to one app integration or a multi-app workflow.

Whenever your automation successfully completes an action or moves data, it counts as a task. For example, if you have an automation which creates Contact in Pipedrive, each contact that is created in Pipedrive will use one task. If you are searching for a record, it will be counted as a Task. If you are checking a condition or modifying data, it will also be counted as a task.

What if I run out of Tasks?

Don’t worry, your automations won’t stop. But your actions won’t execute. So all the records will gather in Integrately. And once you upgrade / are allotted tasks, you will be able to resume the execution of actions from the History page.

In case, if you need more tasks for your requirement you can check our plans.

Feel free to contact our support, in case of any queries.

So the automation will fail for a few records. After you fix this error, you will have to manually retry all failed records. Auto-Retry feature automatically retries records which failed in the last 24 hours, when you update the automation and make it live again.

Similarly, your apps go down sometimes. If you have Auto-retry enabled, Integrately will keep trying to connect with the app for around 10.5 hours.

Do I need to know how to code?

Nope! Integrately makes it easy for you to move data between your apps without being a developer.

Team feature allows you to bring your co-worker into your Integrately account. They can create their own Integrations. The tasks will be shared among all the members.

Can I change my plan later?

What if I have more questions?

In case you have any further questions please reach out to our Support team on chat. 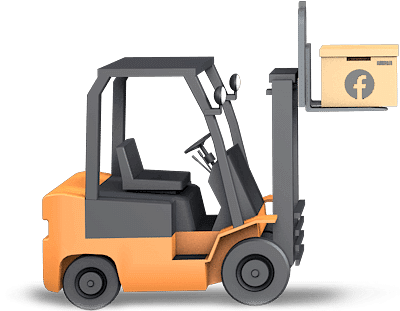 Integrately gives you LOTS of pre-made automations.
So you can activate in 1 click!

We have ready automations even for new apps.

Automatically connects your apps. So you don’t
need to do anything. 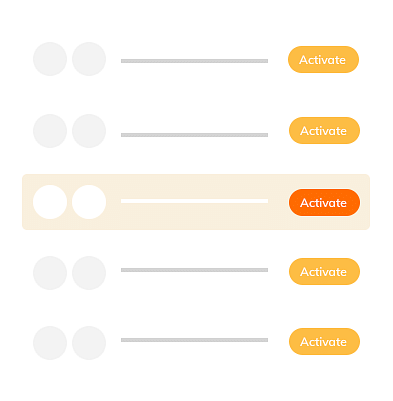 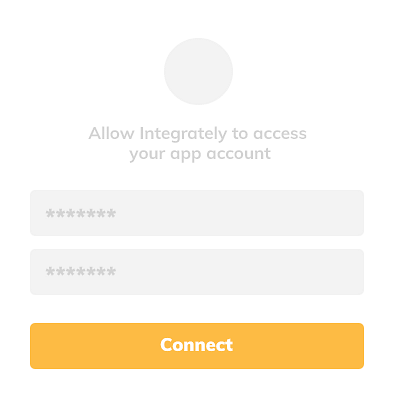 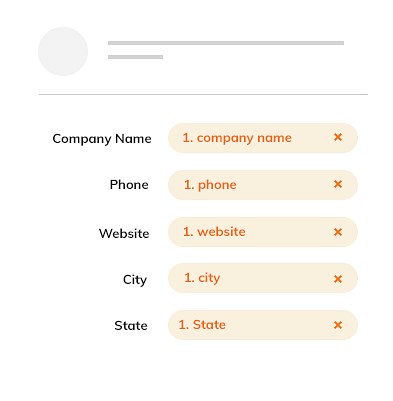 See Why 1000s Of Users Have Switched
From Zapier To Integrately

Lori G
"Great Zapier Alternative, getting better all the time."

Integrately has an extremely user friendly UI that allows me to set up automations quickly and easily. They are adding and improving new integrations almost daily.

Integrately is evolving in the right pace. Integrations being added weekly, no doubts left unanswered, great quality of development and a great support team really patient.

Ruby V
"A very easy to use Integration Platform."

The user interface is very user-friendly, which makes it very easy to use, compared to other similar applications.

It's so easy a caveman could do it.

Get Started For Free
No credit card required

Get 6000 Tasks/Month
(Free for lifetime)