Did you know? Our team can create automations for you! At no extra cost. Get Started For Free

If you're an ecommerce business owner who uses Shopify to power your online store, you'll be happy to know that when a new contact is created in ActiveCampaign, this automation will automatically create a customer in Shopify.

This means that you can keep track of all your customers and their orders in one place, making it easy to manage your business.
See more
Activate

When a new Shopify order is placed, it's important to create a ActiveCampaign contact for the customer. This helps to integraiton the customer into your marketing ecosystem and allows you to track their engagement with your brand.

There are a few key pieces of information that you'll need in order to create a new marketing contact: name, email address, and order information. With this information, you can create a new ActiveCampaign contact and start sending them targeted communications.

In addition, you can also use this opportunity to upsell or cross-sell other products. By creating a new ActiveCampaign contact for every Shopify order, you can maximize your chances of success with each customer.
See more
Activate

Create account in ActiveCampaign for Cart is abandoned in Shopify

Create deal in ActiveCampaign for Cart is abandoned in Shopify

Creating a new Shopify customer for every new ActiveCampaign contact is a great way to keep your databases in sync. This way, you can be sure that your customers' information is accurate and up to date, and that you're able to track their purchase history.

Additionally, this ActiveCampaign - Shopify integration can help you to better understand your customers' needs and preferences, and to target your marketing efforts more effectively. By keeping your Shopify and ActiveCampaign systems in sync, you can provide a better experience for your customers and thereby improve your business's bottom line.
See more
Activate
No integration found

Didn’t find what you were looking for?

Create Your Own Shopify & ActiveCampaign Integration In Clicks

What Do You Want To Automate?

You can also customize or create your own automation and add conditions and
multiple actions etc. And that is also really easy in Integrately.

Integrately is a 1 click integration platform for non-techies. You can also build
your own automations, without any code. 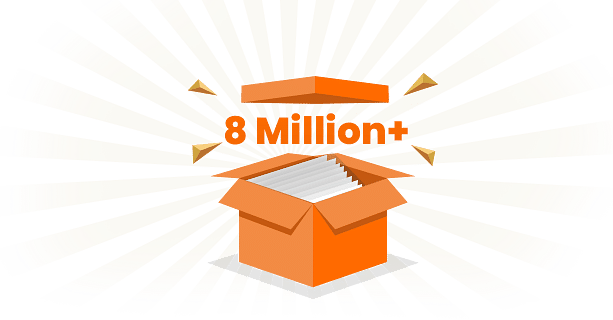 All you need to do is select automation and
activate it. That’s it.

You Can Also Integrate Shopify & ActiveCampaign With 1000+ Other Apps

With a powerful shopping cart system, unlimited designs and themes, and the ability to process credit card payments through Shopify's secure payment gateway, you can start selling products in minutes!

Integrate Shopify & ActiveCampaign In 1 Click And Save Time & Money Both

Integrately is 1 click integration platform for non-techies. It is the only platform with millions of ready-to-activate integrations! With Integrately, you can integrate Shopify & ActiveCampaign with 1000+ apps in the next few minutes, without any technical skills and zero learning curve. Just find your automation and activate it.

Anybody Can Integrate
18x - 33x Less Expensive Than Zapier

Need help in setting up the automation? Our friendly support is there to understand your need and help you automate!

Integrately can automatically connect your apps. So you don't have to do anything.

We are proud to be amongst

Products Of The Year

Productivity Tools Of The Year

Most upvoted product of the month

Lori G
"Great Zapier Alternative, getting better all the time."

Integrately has an extremely user friendly UI that allows me to set up automations quickly and easily. They are adding and improving new integrations almost daily.

Integrately is evolving in the right pace. Integrations being added weekly, no doubts left unanswered, great quality of development and a great support team really patient.

Ruby V
"A very easy to use Integration Platform."

The user interface is very user-friendly, which makes it very easy to use, compared to other similar applications.

It's so easy a caveman could do it.

Get Started For Free
No credit card required

Need help in setting up the automation? Our friendly support is there to understand your need and help you automate!

Integrately can automatically connect your apps. So you don't have to do anything.